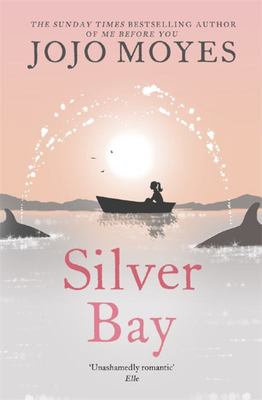 From the bestselling author of Me Before You and two-time winner of the RNA Novel of the Year award. Liza McCullen will never escape her past. But the unspoilt beaches and tight-knit community of Silver Bay offer the freedom and safety she craves - if not for herself, then for her young daughter, Hannah. Until Mike Dormer arrives as a guest in her aunt's hotel, and the peace of Silver Bay is shattered. The mild-mannered Englishman with his too-smart clothes and disturbing eyes could destroy everything Liza has worked so hard to protect: not only the family business and the bay that harbours her beloved whales, but also her conviction that she will never love - never deserve to love - again.

Shortlisted for the 2007 RNA Novel of the Year award, the author of the bestselling SHIP OF BRIDES returns with a stunning and emotionally fulfilling novel.

Shortlisted for Romantic Novelists' Association Awards: Novel of the Year 2008.

'Hard to put down? You betcha' -- New Woman 'A classic love triangle' -- She***** 'Like fellow storytellers Joanne Harris and Anita Shreve, journalist and author Jojo Moyes has the gift of being able to weave her narrative into a love song - between lovers old and new, mother and daughter and a woman and the sea ... Gloriously romantic and beautifully atmospheric, this is a well-written and ultimately moving tale of past tragedies and new beginnings.' -- Lancaster Evening Post 'The backdrop of a community of whale watchers, the conflicted hero and the well-drawn cast of characters makes for an unashamedly romantic read.' -- Elle 'Moyes is a romantic, and there is a gloriously happy ending, but the story is also surprising and genuinely moving.' -- The Times 'Romance doesn't get much more topsy-turvy than this whale of a tale ...' -- Daily Mirror 'Engaging and poignant...Moyes writes both dialogue and descriptive passages with charm.' -- Glasgow Herald on The Ship of Brides 20050611 'This irresistible novel is told through the eyes of four women with their own hopes, fears and secrets.' -- Daily Express on The Ship of Brides 20050611 'Gloriously entertaining' -- Mirror on The Ship of Brides 20050603 'Wonderfully romantic and moving.' -- Daily Mail on The Ship of Brides 20050603 'Fascinating read ... not only is THE SHIP OF BRIDES utterly compelling, it's educational. In a good way.' -- Heat 20050618

Jojo Moyes was born in 1969 and brought up in London. A journalist and writer, she worked for the Independent until 2001. She lives in East Anglia with her husband and three children. Jojo has twice won the Romantic Novelists' Association Novel of the Year Award: in 2011 for The Last Letter From Your Lover and in 2003 for Foreign Fruit. The Ship of Brides and Silver Bay were shortlisted for the 2005 and 2007 RNA award and Silver Bay was shortlisted for the inaugural Good Housekeeping 2007 Book of the Year award. You can read Jojo's blog or find out more from her website, www.jojomoyes.com, follow her on Twitter @jojomoyes or find her on Facebook at www.facebook.com/jojo.moyes.